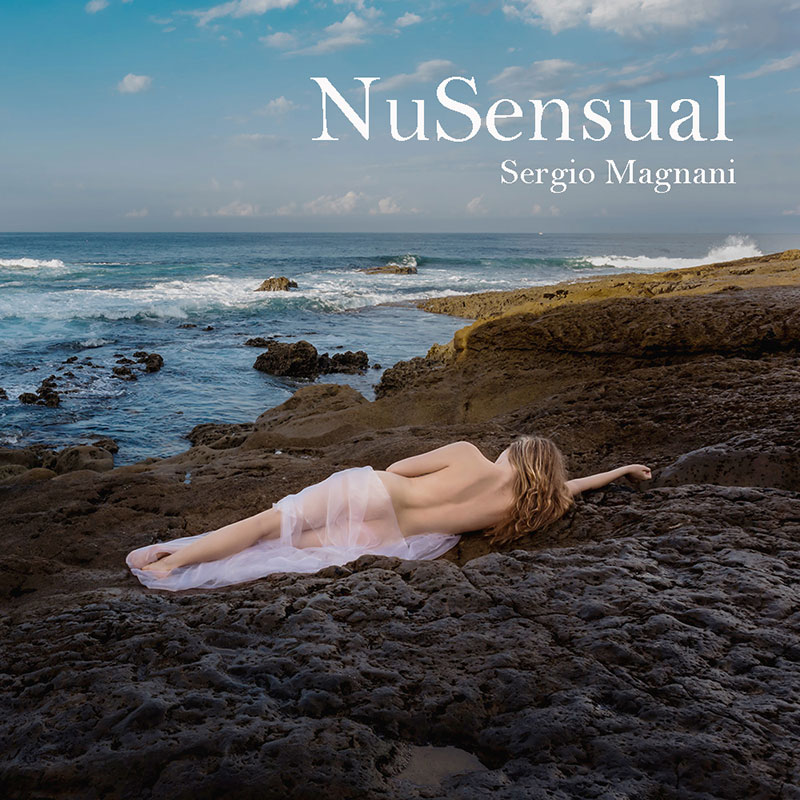 Price
€ 30,00 with personal pickup in  Estoril/Lisboa
Or € 40,00 shipped within EU and Switzerland

NuSensual is my second Photobook which was launched at my performance and exhibition called “Fotografia Sonora a Nu”, which took place at Fabrica Braço de Prata in Lisbon in June 2017. All shoot were realized in the “Serra de Sintra” and at shore near Cascais during the years 2014 and 2015.

Since I was a boy, I always tried to find the best angle when taking a photo of an object or a person passing by my lens.
So I started to create unique images, with their own composition.

In this spirit, I realized the images in the present book. I searched for the best spots on the rocky coast of Cascais, walking against the winds blowing hard «rijos na rama», as Almeida Garrett says in his poem Cascais.
I climbed steep slopes in the forest of Serra de Sintra, to reach the wonderful formations of millenary rocks.

Those were days spent very well, with models Hanna and Thora, during our photographic sessions, in gorgeous sunsets and sunrises, enveloped in the scents of nature. I hope that my photos may be evocative of these aromas, and inspiring you.

I express my thanks to models Hanna and Thora, to assistants Senia Theiler and Susanna de Gioia, to the visual artist Christa Haacker-Fuentes, and to my dearest wife Ester Magnani for her valuable support whenever I needed and with her good power of observation.

I hope for more of these happy moments to come in the future!

A photographer of Italian roots, I was educated in Switzerland. Autodidact, since several years I devote myself to the sector of nude and human figure. In 2013, I published my first photographic book nudo by Sergione, accompanied by poems, with an exhibition in Lisbon, at Joao Sousa Valles space.

In the last few years, I have also been co-organizer of workshops of artistic nude in the Lisbon area. The most recent project is «Fotografia Sonora e Nu», at the Fabrica Braço de Prata in Lisbon, including a performance with photograph projection  and a live improvisation of Nicole Eitner, a pianist and singer.